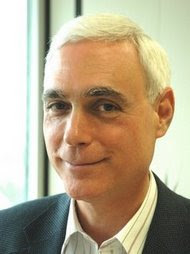 If the next three days of the convention are as good as the first day (they will be), this is going to be a fantastic week!

What was the highpoint last night? That’s almost hard to say:

Caroline Kennedy – President John Kennedy’s beautiful daughter - gave a stirring speech about both Obama and her uncle, Ted Kennedy. She said: "Some people say Barack Obama inspires them as much as my father did.” I was moved by that. It brought it all together, the traditions of the Democratic Party that are being fulfilled by Barack Obama. Her homage to her dear uncle was homage to 50 years of Kennedy leadership stretching from JFK to the present.