Shariah the threat to America 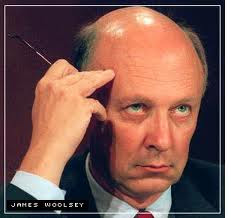 An exercise in competitive analysis - Report of Team 'B' II.

Under successive presidencies, the United States has failed to understand, let alone counter successfully, the threat posed to its constitutional form of government and free society by shariah. In the past, such failures were reckless. Today, they are intolerable.

The preceding pages document shariah’s true supremacist and totalitarian character. They make clear its incompatibility with the Constitution as the only source of law for this country. As we have seen, shariah explicitly seeks to replace representative governance with an Islamic state, to destroy sovereign and national polities with a global caliphate.

If shariah is thus viewed as an alien legal system hostile to and in contravention of the U.S. Constitution, and as one which dictates both violent and non-violent means to a capable audience ready to act imminently, then logically, those who seek to establish shariah in America – whether by violent means or by stealth – can be said to be engaged in criminal sedition, not the protected practice of a religion.

Ignoring this reality does nothing to mitigate the danger posed by shariah. Rather, its adherents regard their accommodation – even in the name of religious tolerance – as “submission” to their doctrine. The unavoidable result is a further emboldening of those who seek to impose their agenda on the rest of us, quite possibly by using force instead of stealthy, non-violent techniques.

After all, in accordance with Muhammad’s example, violence is only supposed to be eschewed when it is impracticable. Evidence that civilization jihad is no longer needed – that submission is being achieved and can be accelerated by terror – can only result in more, and more terrifying, jihadist attacks.

In addition, this behavior, which is often justified as necessary to prevent the alienation of “moderate Muslims,” generally has the opposite result: As with bullies and thugs of other stripes, efforts to appease the Islamists reinforces their determination to dominate co-religionists and to compel their conformity to shariah.

In mosques, the workplace, financial institutions, courtrooms and government, concessions to shariah actually have the practical effect of denying law-abiding, tolerant Muslims who cherish this country the latitude to enjoy and uphold a free society.

As has been shown in this study (notably in the Appendix), there is arguably no better example of this syndrome than the West’s embrace of the stealthy jihadist practice of shariah-compliant finance. In the absence of options to conduct their financial affairs in a “shariah-compliant” fashion, Muslims in America are – pursuant to the shariah doctrine of “necessity” – able to engage in transactions the shariah-adherent consider “haram” (impure).

Once such arrangements are available, however, theretofore non-adherent Muslims are subjected to intense pressure to conform to shariah. This can result, among other problematic implications, in the latters’ tithing through shariah-compliant financial mechanisms that wind up underwriting jihad.

Particularly problematic have been the concerted efforts made by successive U.S. administrations to embrace the Muslim Brotherhood, both here and abroad. As established above, this organization has as its mission “the destruction of Western civilization from within…by its own miserable hand and that of the Brothers.”

Relying on Brotherhood operatives for “outreach to the Muslim community,” let alone appointing them to influential government jobs, is a formula for disaster. It gives prominence and legitimacy to enemy agents engaged in covert and not-so-covert acts of sedition. It facilitates their penetration and influence over the intelligence, law enforcement and national and homeland security agencies responsible for discerning and defeating such threats.

Importantly, official embrace of MB front organizations and their personnel also has the counterproductive effect of signaling to Muslims who are not shariah-adherent – and therefore, for the moment at least – not the problem, that they should follow and conform to the dictates of those who unalterably are. It is hard to imagine a more self-defeating course of action when the best, and possibly only, hope for the survival of Western civilization is to enlist natural allies in the fight against shariah, namely, Muslims who want no more than the rest of us to live under its repression, against their enemies and ours: jihadis on a mission to impose shariah.

While detailed recommendations for adopting a more prudential and effective strategy for surviving shariah’s onslaught are beyond the scope of this study, several policy and programmatic changes are clearly in order. These include:

• U.S. policy-makers, financiers, businessmen, judges, journalists, community leaders and the public at large must be equipped with an accurate understanding of the nature of shariah and the necessity of keeping America shariah-free. At a minimum, this will entail resisting – rather than acquiescing to – the concerted efforts now being made to allow that alien and barbaric legal code to become established in this country as an alternate, parallel system to the Constitution and the laws enacted pursuant to it. Arguably, this is already in effect for those who have taken an oath to “support and defend” the Constitution, because the requirement is subsumed in that oath.

• U.S. government agencies and organizations should cease their outreach to Muslim communities through Muslim Brotherhood fronts whose mission is to destroy our country from within as such practices are both reckless and counterproductive. Indeed, these activities serve to legitimate, protect and expand the influence of our enemies. They conduce to no successful legal outcome that cannot be better advanced via aggressive prosecution of terrorists, terror-funders and other lawbreakers. It also discourages patriotic Muslims from providing actual assistance to the U.S. government lest they be marked for ostracism or worse by the Brothers and other shariah-adherent members of their communities.

• In keeping with Article VI of the Constitution, extend bans currently in effect that bar members of hate groups such as the Ku Klux Klan from holding positions of trust in federal, state, or local governments or the armed forces of the United States to those who espouse or support shariah. Instead, every effort should be made to identify and empower Muslims who are willing publicly to denounce shariah.

• Practices that promote shariah – notably, shariah-compliant finance and the establishment or promotion in public spaces or with public funds of facilities and activities that give preferential treatment to shariah’s adherents – are incompatible with the Constitution and the freedoms it enshrines and must be proscribed.

• Sedition is prohibited by law in the United States. To the extent that imams and mosques are being used to advocate shariah in America, they are promoting seditious activity and should be warned that they will not be immune from prosecution.

• Textbooks used in both secular educational systems and Islamic schools must not promote shariah, its tenets, or the notion that America must submit to its dictates.

• Compounds and communities that seek to segregate themselves on the basis of shariah law, apply it alongside or in lieu of the law of the land or otherwise estab- lish themselves as “no-go” zones for law enforcement and other authorities must be thwarted in such efforts. In this connection, assertion of claims to territory around mosques should be proscribed.

• Immigration of those who adhere to shariah must be precluded, as was previously done with adherents to the seditious ideology of communism.

Such measures will, of course, be controversial in some quarters. They will certainly be contested by shariah-adherent Muslims committed to jihad and others who, in the name of exercising or protecting civil liberties, are enabling the destruction of those liberties in furtherance of shariah. Far from being dispositive, their opposition should be seen as an opportunity – a chance, at a mini- mum, for a long-overdue debate about the sorts of policies that have brought the West in general and the United States in particular to the present, parlous state of affairs. If this study catalyzes and usefully informs that debate, it will have succeeded.