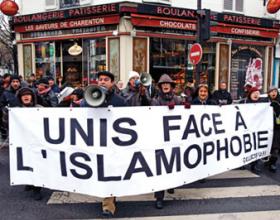 This weekend is the anniversary of the first truly liberal attempt to prevent hatred by restricting free speech. On March 15, 1939, Denmark made it a criminal act to spread “false rumors or accusations” in order to incite “hatred against a group of the Danish population because of its creed, race, or nationality”—with a fine for those who did so in speech and detention or prison for those who did so in print or broadcasts. The law was designed to hamper the activities of Danish Nazi sympathizers. On May 31 the same year, Denmark made itself even more secure against Nazism by signing a non-aggression pact with Germany. Less than a year later, Hitler initiated the six-hour conquest of Denmark by putting an armored battalion on the regular ferryboat from Rostock to Denmark. The treaty didn’t stop him, nor did the fear of feloniously violating Section 266b of the Danish Penal Code by inciting hatred against Jews and Communists.

The German Army packed its bags in 1945, but Section 266b remains in force, much modernized (it now applies to hatred of any group, not just Danes, and prohibits insults to sexual identity), a standing rebuke to what Europeans call “the American version” of free speech: freedom to speak unconstrained by restrictions against “hate,” against insulting or offending individuals or groups, and without special protection for specific religions (Islam), races, or historical facts. In 2011 so far, American-style free speech has been widely condemned (for the Tucson mass murder, notably), though it has also had moments of popularity, particularly since the Arab revolutions began in Tunisia, and again with the madcap activities of public employee unions in Wisconsin. Even Tom Friedman took a holiday from his admiration for Chinese autocracy to celebrate the Twitter revolutions.