Paul Berman's book, The Flight of the Intellectuals, which was neglected or dismissed by many in the liberal press without its reviewers seriously engaging with its arguments, deals essentially with two matters. First, there is the unpleasant spectacle of liberals, such as Ian Buruma, making excuses for, and even defending, illiberal ideologies and their apologists, while at the same time attacking, often in a shamefully ad hominem manner, the defenders of such classical liberal causes as freedom of speech, and religion, and the rights of women suffering under theocratic tyranny. Second, Berman endeavours to disentangle the true ideas and intentions from the subterfuge and prevarication of Tariq Ramadan. I hope to address soon Berman's arguments against Ramadan, but here I offer my own critique of one of Ramadan's defenders, and an object of Berman's critical analysis, the writer Ian Buruma.

Ian Buruma and Murder in Amsterdam. 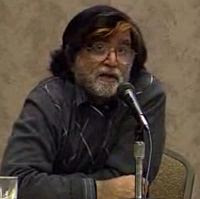 I have admired Buruma's writings for many years for their clarity and tough-mindedness; he was not afraid to dissect the fashionable. Furthermore, he endeared himself to me for three reasons. First for his fictional biography[1] of the great Indian cricketer Ranjitsinhji Vibhaji Jadeja Maharaja Jam Sahib of Nawanagar [died 1933]. Like Buruma I was a cricket fanatic, and like Ranji, a Gujurati, born not far from the Indian Prince's Princedom. Second, much to my delight Buruma skewered the pretensions of Arundhati Roy, the Indian novelist who was suddenly given, after the success of her first novel, far too much space in the Western press to spew out anti-Western hate. Third, Buruma was not impressed by Edward Said's autobiography; he found it self-pitying. I quoted Buruma's review in my own critique of Said, Defending the West.

Hence my disappointment, even dismay, at reading his Murder in Amsterdam, where understanding of what some call "Islamism" and "Islamists" such as Mohammed Bouyeri has given way to apologetics pure and simple; one noted Dutch scholar of Islam went so far as to call his account an apology for murder.

Buruma's book, easy to read, informal and chatty, is a kind of anecdotal, personal journalism much in fashion that leaves many doubts as to his methodology and reliability. Did he tape record the extensive conversations, or did he take longhand notes? A closer look at his style reveals some troubling aspects.[2]

Many people interviewed later complained, in the leading national daily, NRC Handelsblad, that they had not been informed that he, Buruma, intended to publish their comments, and furthermore, some of them said, he had misquoted them. These included journalists such as Theodor Holman and Bart-Jan Spruyt, and academics like Paul Scheffer, Frits Bolkestein, and Afshin Ellian. Philosopher Paul Cliteur also had a chat with Buruma, and was not at all "aware of Buruma's plan to use the information to be quoted in the book."[3]

Max Pam, a writer and friend of Theo van Gogh, writing in the national daily broadsheet de Volkskrant complained that there were 125-150 factual errors- in a book of 264 pages of text. Abigail Esman in Radical State, her recent book on the Netherlands, also claimed to have found some errors herself. I noticed two significant mistakes to which I shall return later. Buruma dismisses the inaccuracies as "ridiculous in their pettiness"- displaying a cavalier attitude to the truth, and it bespeaks scant professional ethics. There are differences between the Dutch edition of the book, and the two Penguin editions in the United States. Buruma seems to have taken some of the complaints seriously enough to make the changes, others he has refused to rectify.